Greg W. Gilstrap is 53 years old, and has been married to his wife, Mary, for more than 33 years. Two of their three children, Andrew and Amanda, live with their spouses in the vicinity of Greg and Mary’s “mother house” in Anthem, Arizona. Will, 21, lives in Seattle where he recently graduated from the Academy of Interactive Entertainment.

All of the Gilstraps have made contributions to photoremedy. They are a close family, and all are skilled communicators in their own right.  Andrew is married and a father of two. Having completed his masters in journalism at Arizona State University, he now works as a journalist in Phoenix. Amanda is a registered nurse working at a highly regarded children’s hospital; previously she collaborated with Greg and Andrew on Being Amanda in Europe, which is available in paperback at Amazon.com. Mary is a Bible Study leader who is the best read family member.

Greg formerly served as the director of the Kansas and Arizona tourism offices, and later served as a partner in two highly successful tourism-related businesses. After his spinal condition forced him into early “retirement,” Greg was named to the Arizona tourism industry’s Hall of Fame. Unless otherwise noted, Greg authors the blog posts and is responsible for taking and developing all of the images.

Photoremedy is primarily based on the role that photography has played in helping Greg attempt to combat ongoing chronic pain issues that stem from his degenerative cervical and lumbar spine challenges. It is designed to encourage others fighting chronic pain to consider pursuing the benefits associated with what is popularly known as art therapy. Greg’s signature artistic style frequently blurs the lines between traditional art and contemporary photography, much as art therapy often blurs the lines between traditional and alternative forms of medicine.

The mission of this blog is to help those fighting chronic pain to be able to consider and use photography as a powerful tool, or medicine if you will, that helps them manage pain and/or take their minds off of the pain they may be experiencing.  In the process, we hope readers dramatically enhance their ability to see joy and experience beauty all around them. There are many gifts that come with chronic pain; one of the greatest offerings is it frequently forces sufferers to set better priorities for their lives and assists them in seeing the world in new ways. We occasionally share the photographs and stories of our readers who are also discovering that photography is a great remedy.

After having spent much of his professional career writing (often for 8 -14 hours a day) for either media outlets or while managing aggressive business development teams, the spine issues now most frequently limit Greg’s ability to sit and type at a computer for more than 20 minutes at a time.  Longer spells tend to lead to a rapid deterioration of his ability to move one or both hands, and his left leg and toes will nearly always experience severe neuropathy pain.  Driving or riding in a car, sitting and standing in one place for a few moments often lead to similar pain level increases.

Much of Greg’s  days are spent trying to “work out” the pain without the aid of addictive, mind numbing, and even organ-destroying medications. The more severe pain levels come in waves, and with each escalation Greg turns to his standard solutions.  His thought process often leads to a conversation (either with himself or Mary) that goes something like this, “Ice? Maybe later. Heat? Before the ice. Electrical stimulation? Should have done that this morning. Medication? Only if I must; they all have side effects that must be accounted for. Prayer? Always!” 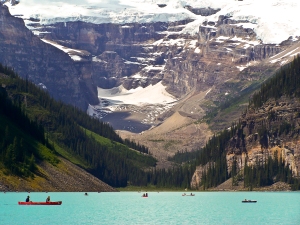 On the days when it is a significant challenge just getting out of bed or moving, Greg has discovered that it is best to force the body to move. At this point, some form of physical activity–anything to get the joints moving–ironically tends to be the best solution to an inability to move. It often takes a lot of work and determination. The most popular alternatives are walking, small gardening projects or getting physical exertion on an elliptical machine. Or, frequently, he’ll grab his Canon EOS 50D and head out the door.  “A majority of the time when I’m taking pictures,” Greg says, “I’m able to move my mind away from the pain and focus on finding something that will ease it. I may move quite a bit more slowly than other photographers, but, in the course of doing this, I almost always stumble on a beautiful perspective of something like a cactus or silly pet that I would not otherwise have seen with incredible clarity. My heart feels like it is lifted to heaven when a picture is produced that offers great beauty, humor, or even emotion.” A good example of how easy this is to do is the Cat vs. Dog photo story we captured right outside the back door to our home.

Special credit for this blog goes to Will. Photoremedy is his brainchild, and he produced the passion needed to launch the effort.  Will and Greg have spent considerable time talking about how grateful he is to have photography to take his mind off of focusing on pain. In the conversation that lead to the development of photoremedy, Will said, “Dad, people love your pictures. You need to share them on the Internet. I can help.”

Early in the Blog’s developing stages, Will led or assisted in the electronic development and refinement of the images. Just as producing Being Amanda in Europe facilitated a stronger, more mature, parent – child relationship for Greg, Amanda, and Andrew, photography has increased an already strong bond between Will and Greg. According to those who know him best, Will is a lovable computer genius. He is also quite adept at graphic design and Photoshop development. Photoremedy is a perfect outlet for Greg’s photography. He takes the pictures, Will has often improved them with Adobe Photoshop or Lightroom photo development tools.

Unless noted otherwise, all of the articles and photographs are contributed by Greg.

Will, as previously stated, is a Photoshop whiz. He is also an expert at blending images from multiple photographs into a single piece. Click this Photoshop Pro link for blending examples. He also has managed social media efforts and handled customer support for several computer gaming companies. He is currently working on the development of dynamic, new computer games.